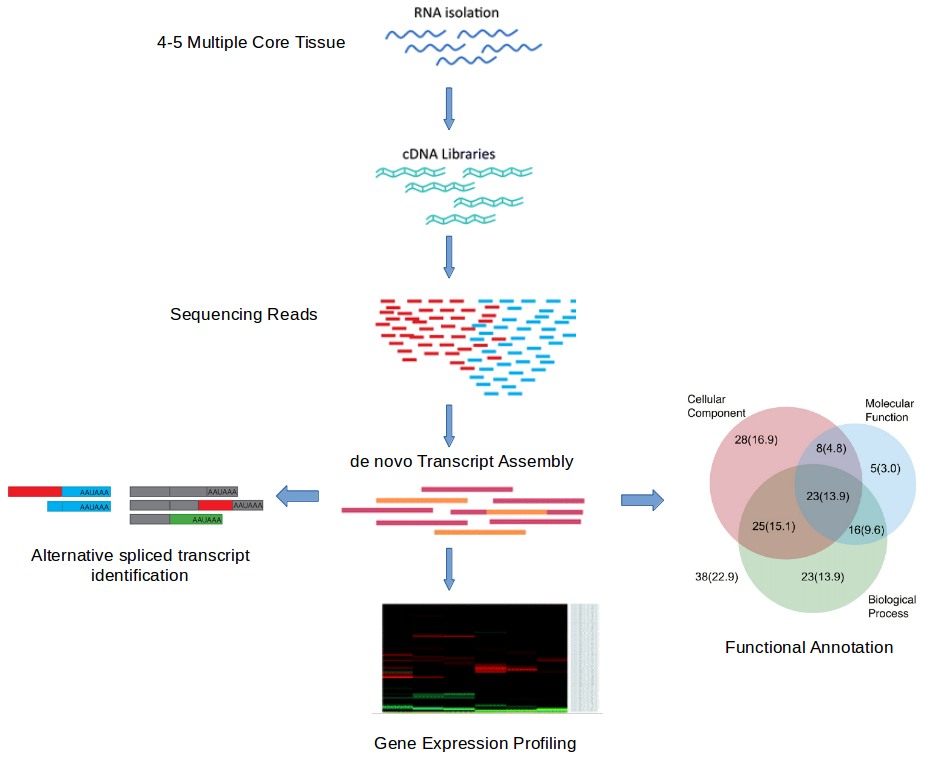 The Use of Transcriptome Data to Understand the Function of Genes

The transcripts or gene readouts that form the transcriptome are central to the activity of building and maintaining cells. An RNA sequence shows the exact sequence of the DNA, and the analysis of the sequence helps in determining the exact position of the genes being turned on/off in tissues/cells.

Good health and disease in humans is primarily as a result of behavior and properties of tissues/cells. While almost all the cells comprise similar genes, the gene expression differs in various cells. And it is these differences that determine the status of health/disease among humans and all organisms. Transcriptome data helps researchers to understand different cell types, functions, and the effect of changes from normal gene activity that causes a disease. Transcriptomes also give a deeper understanding of the activity status of genes in specific cells.  Gene activity which is typically known as gene expression, is a reference to the activity levels in a particular tissue/cell and transcriptome analysis helps in understanding gene expression. This has assumed importance as it allows medical research to understand the relation between altered gene expression and diseases, including cancer, heart ailments and diabetes.

Gene functions are still largely unknown and transcriptome data offers researchers the opportunity to understand the functions of genes by looking at common gene expressions in the tissues listed out in the transcriptome database. In other words, higher expression levels of a gene in cancerous cells compared to normal cells indicates towards its role in disease condition. This permits researchers to trawl for information and understand the possible role of unknown genes in tissues and cells. Transcriptome analysis also offers researchers the opportunity to profile thousands of genes simultaneously to gather a large picture/perspective of cell function. Gene mapping, gene expression analysis and rna seq offer a detailed view of actively expressed genes and transcripts in different conditions.  Advanced rna sequencing has helped to profile genome-wide gene expressions through one experiment, which is a huge development over the earlier methods of studying a few genes at a given time.