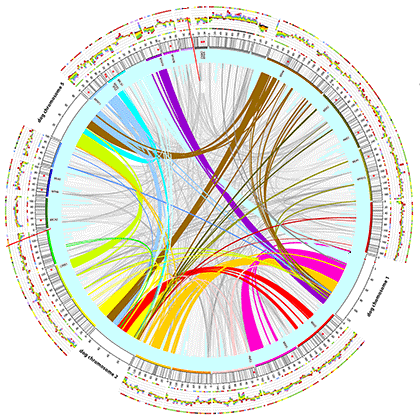 De Novo Genome sequencing and assembly is the method of choice to resolve the genetic makeup of an uncharacterized genome for which no prior reference or nucleotide sequence exits. With its prodigious throughput, efficiency and high speed next-generation sequencing enables us to sequence whole genome at high coverage. Sophisticate and complex assembly algorithms are then applied to resolve the genomics sequence which reveals the gene structure and positioning.

There are several advantages that a resolved genome could provide:

Genome assembly could be classified into two types:

Each of these sequencing techniques has its pros and cons related to genome assembly. Short reads are high quality, cost effective and provide deep sequencing coverage, however, they tend to have coverage bias in regions of high AT or GC content. Most of such high AT / GC content regions are repeats and low complexity regions. Short read lengths and biased coverage in repeat and low complexity regions results into fragmented genome assemblies that provide partial yet critical overview of genetic makeup of an organism. Most of the short read assemblers adopt De-Bruijn graph based assembly. Figure below adopted from Namiki et al, Nucleic Acid Research (2012) represents a typical De-Bruijn graph assembly protocol. 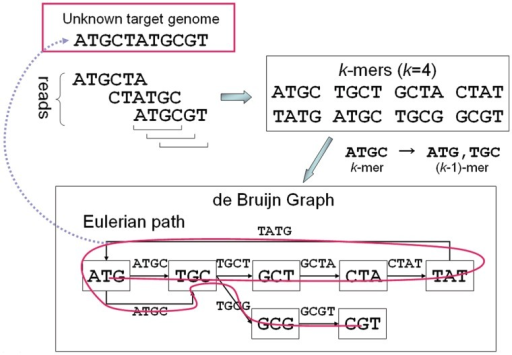 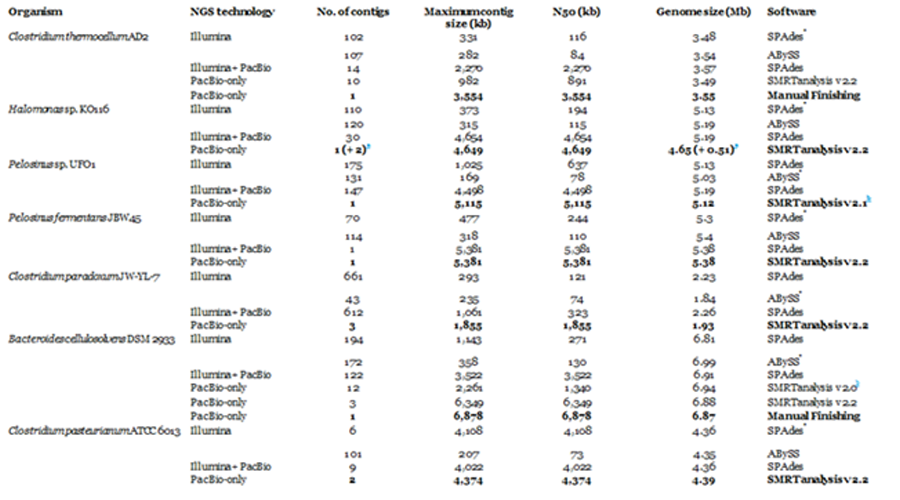 A number of recent studies have been published that use Pacbio long reads and various assemblers for genome assembly. Some of the key studies include:

Convinced that we can handle genome assemblies!!

Get in touch with us today for consultation about your differential gene expression project.