Lakes of melt water in the Artic have become one of the transforming landscapes due to global warming. A recent study compares structure of microbiomes and their functions in lake sediments under melted water and soils in bank slopes 16S rRNA sequencing and metagenome analysis.

The red dot in image above shows the location of thawed lake surrounded by exposed bank slopes in Arctic. The site is part of Svalbard archipelago.

16s rRNA sequencing was performed on Illumina MiSeq platform to generate 300-bp paired-end reads. Reads were cleaned using FLASH and then OTU clustering was performed using QIIME the taxonomy of 16S rRNA gene sequences was assigned with a RDP Classifier based on the Silva rRNA gene database release 128 at an 80% confidence threshold.

Authors observed significant differences in geochemistry, microbial community compositions, and functions between sediments and soils. Two key parameters namely, pH and NO2-N played significant roles in defining microbiome diversity along the soil-to-sediment gradient. A significant outcome of microbial diversity analysis (RDA analysis) was the presence of high levels of complete denitrification gene sets in sediments than the soil banks. The genes for methane metabolism are also more abundant in sediments. 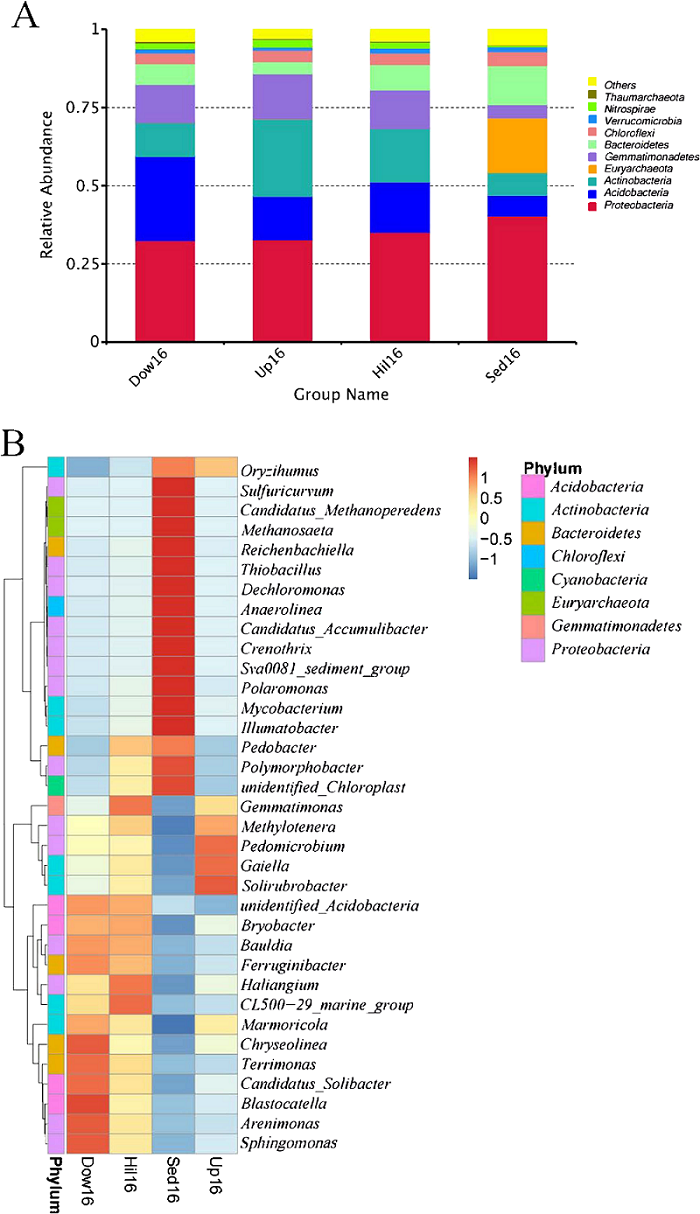 A comparison of the relative abundance of taxa between sediments and bank soils. The abundance of the top ten identified phyla (A) and a heat map of the top 35 abundant genera (B) are indicated across the four study sites. The color scale in (B) represents the z score of each genus.