Metagenomic analysis of microbial populations is often performed using the prokaryotic 16s ribosomal RNA (rRNA) gene. These genes contain conserved and variable regions that are studied for phylogenetic classification. In clinical microbiology, molecular identification based on 16s rDNA sequencing is applied fundamentally to bacteria whose identification by means of other types of techniques turns out impossible, difficult, or requires a lot of time. 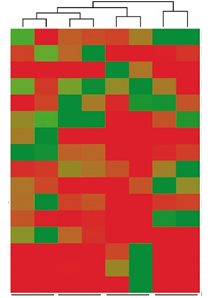 As with any NGS data analysis workflow, it is essentially to preprocess reads before actual analysis. Data preprocessing includes steps to determine quality and coverage required for analysis. Read trimming for adaptors and quality bases is a standard procedure applied to NGS dataset. 16s rRNA sequencing involves PCR amplification step which in general introduces chimeric reads that need to be removed before any OTU analysis could be performed else several spurious OTU could be reported. A paired end stitching may be required if the sequencing read lengths are longer then size of 16s rRNA. Our 16s rRNA data analysis pipeline determine overlap across paired end reads and selects higher quality bases to improve quality of stitched read.

16s rRNA taxonomic classification step starts with clustering of reads based on sequence similarity into OTUs with a representative sequence for each OTU. In general, reads with more than 97% sequence similarity are assumed to belong to same bacterial species. Information about bacterial diversity and required cluster resolution can be used to fine tune sequence identity parameters to be used for clustering and OTU generation. Once OTU are established, the representative sequences are compared to known reference databases to generate taxonomical identities. Currently, there are 3 popular databases – Green Genes, Silva and Ribosomal Database (RDP) with each of them having their set of strengths and weakness. There are number of tools for taxonomic classification, we have developed a robust 16s rRNA analysis and classification pipeline for phylogenetic assignment using above mentioned reference databases. 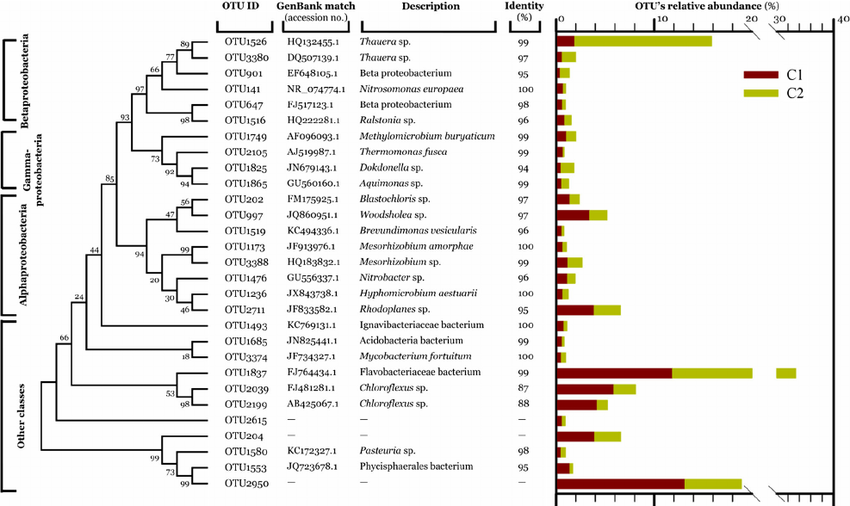 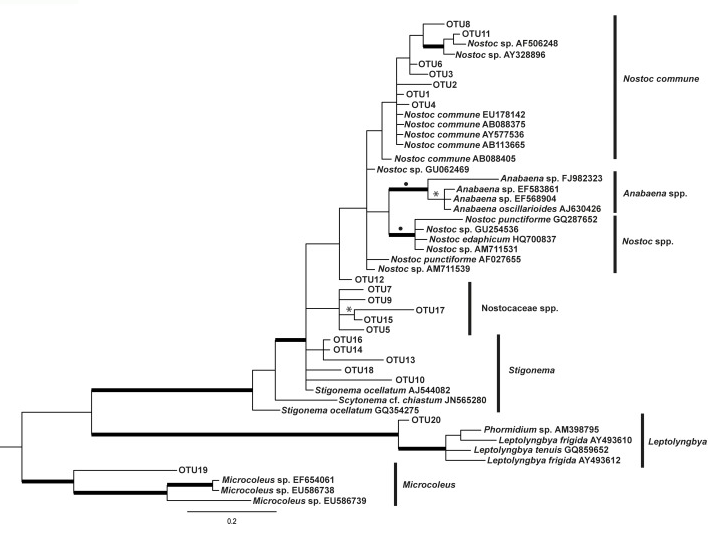 With OTU assignment in place, it is key to understand the evolutionary relationship across the specifies present in sample(s). All OTU sequences are multiple aligned against reference database to determine evolutionary distance across them and generate a phylogenetic tree that represented evolutionary distance in form of branches and nodes. Sequence or OTUs that are closer in a phylogenetic tree are more related to each other than those that are future apart or belong to other nodes in the tree. 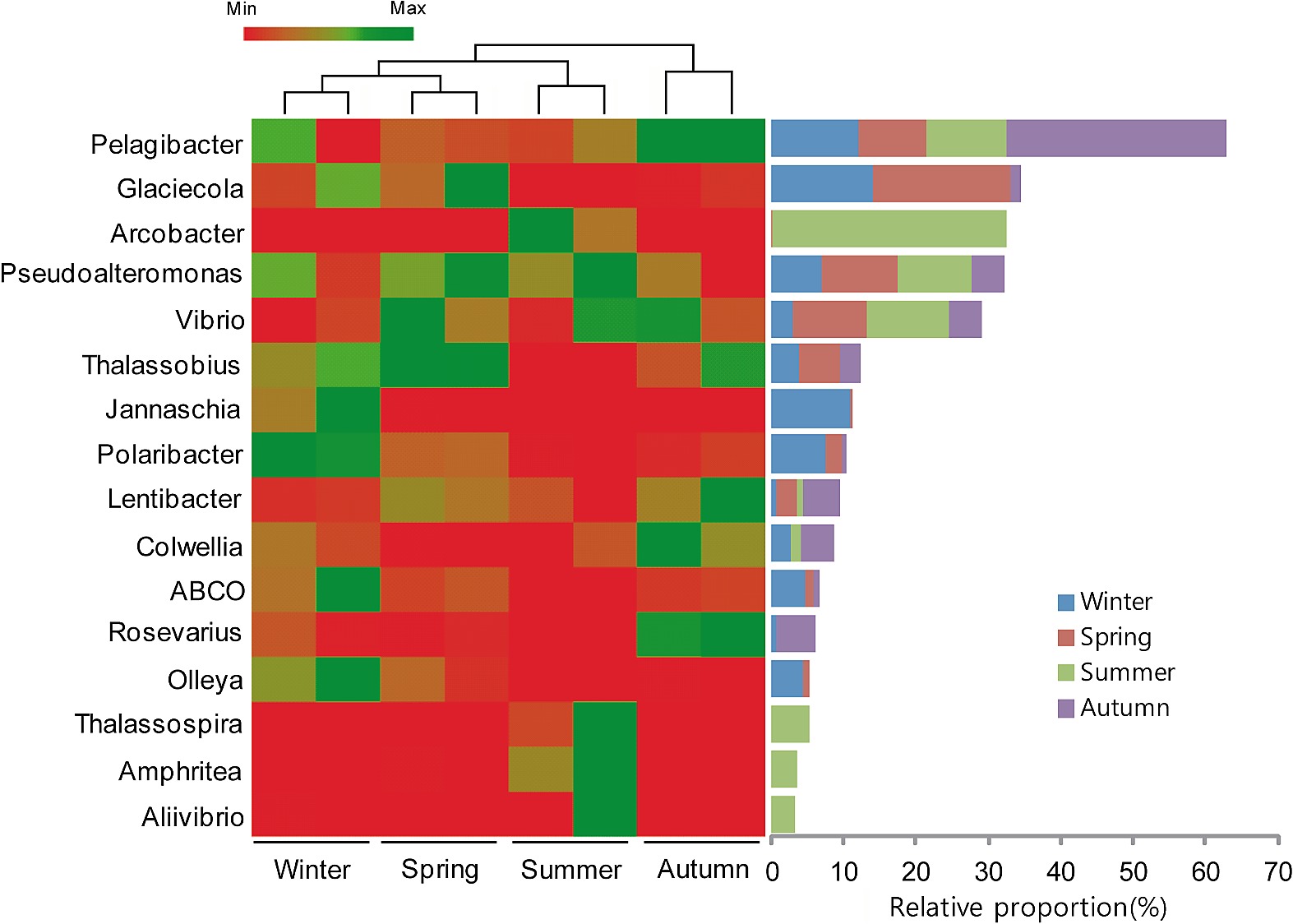 The Gut of Geographically Disparate Ciona intestinalis Harbors a Core Microbiota. PloS one. 2014

For beta diversity analysis, our pipeline compares samples using the phylogenetic information like Unifrac distance generated in steps above. Samples can be compared either in a pairwise or all-vs-all manner to generate beta diversity matrix. Beta diversity is represented in several ways by means of network diagrams, phylogenetic trees or graphs.
UPGMA clustering of Porites surface microbiomes based on the Morisita-Horn beta diversity of V4 region of 16S rRNA genes revealed two distinct clusters of samples. 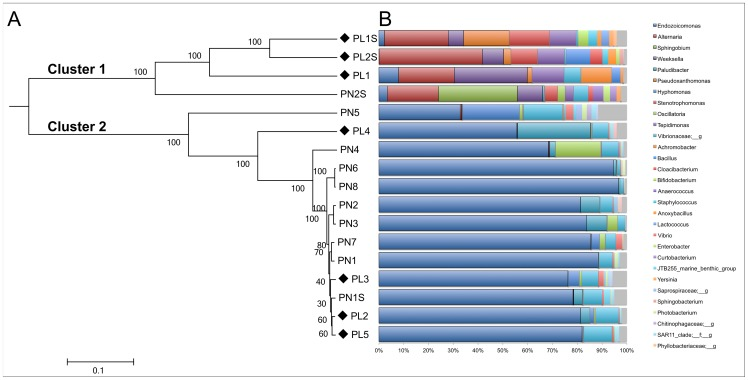 Community Shifts in the Surface Microbiomes of the Coral Porites astreoides with Unusual Lesions. PloS one, 2014

Some of the key deliverables for 16s rRNA data analyses are:

Phylogenetic diversity analysis is a highly-evolved area of research and may require additional analysis for your study. We can tailor bioinformatics analysis to fit your needs. Get in touch with us today for consultation about your project